Enjoy the flavors of the season with creamy Eggnog Ice Cream – a fun and festive Christmas dessert. It’s made with just six ingredients in five minutes hands-on time!

This is a no-churn ice cream recipe that’s perfect for the holidays. It’s a perfect topping for many other favorite desserts, or serve it all on its own!

Calling all eggnog fans – this is the treat for you! Now you can have thick, creamy egg nog in ice cream form! Eggnog Ice Cream is incredible on its own, but it’s amazing on cakes, cookies and pies, too! Top it off with eggnog whipped cream for a heavenly dessert!

It’s rich and flavorful and comes together in just five minutes hands-on time. It freezes to creamy perfection in just a few hours without an ice cream machine!

That’s right, it’s a no fuss, no cook, no churn ice cream recipe that embraces the quintessential flavors of winter. Even better, it requires just a few simple ingredients!

This Eggnog Ice Cream recipe is the perfect way to use leftover eggnog. It is made with rich cream, eggnog, spices and sweetened condensed milk to create the most luxurious consistency!

Eggnog is most often used as one word, it can be two words. Nog means “strong ale”, so it’s only right to blend in a little bourbon.

Eggnog is traditionally served in wood mugs called “noggins”. There’s so much history in the wintery drink and in my opinion it’s even better in ice cream form!

If you love all things eggnog, you’ll also love these Eggnog Cookies! They’re so good! 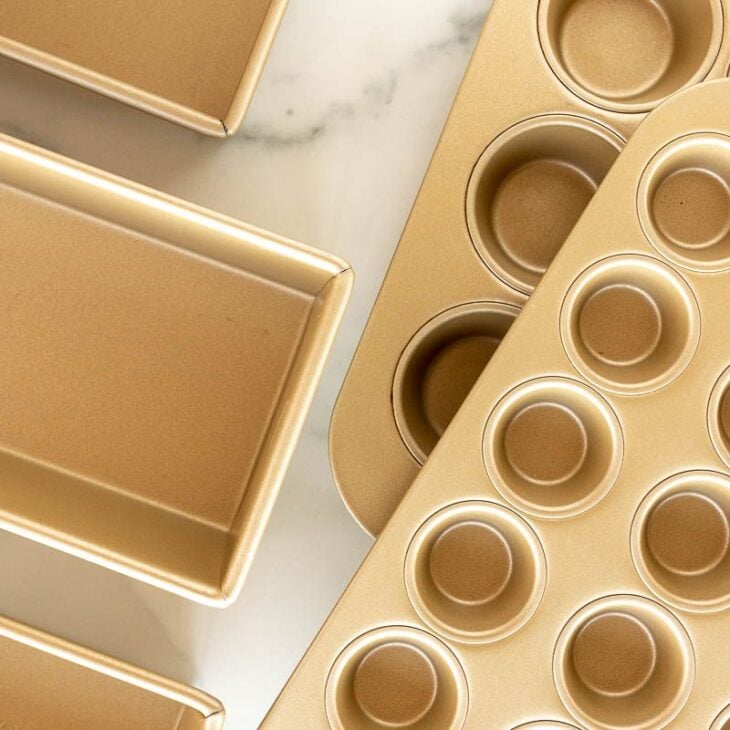 How to Make Eggnog Ice Cream

Scaling up, down or substituting? You’ll love this printable Measurement Conversion Chart!

Is there alcohol in eggnog ice cream?

You can make Eggnog Ice Cream alcohol free or spike it with a hint of bourbon, whiskey or rum! I use bourbon and it adds just a hint of irresistible flavor!

Eggnog ice cream tastes like a thick, creamy custard, blended with warm winter spices. With a touch of heat from the bourbon, it’s a delicious holiday treat!

This Christmas, surprise your guests with homemade Eggnog Ice Cream – they’ll never know it only took you a few minutes to make!

Save me a scoop! Try this incredible eggnog ice cream with any of the following desserts.

The only thing you won’t like about this Eggnog Ice Cream Recipe is that you’ll want to sip it right there and then rather than wait a few hours for it to freeze, but I promise you, it’s worth the wait!

Freeze – Store in an airtight container or covered with plastic wrap up to two weeks. 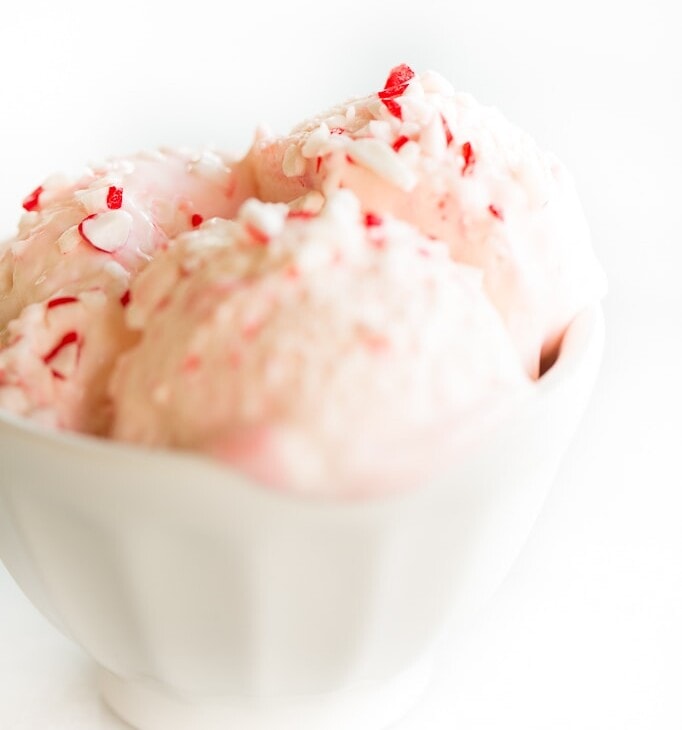 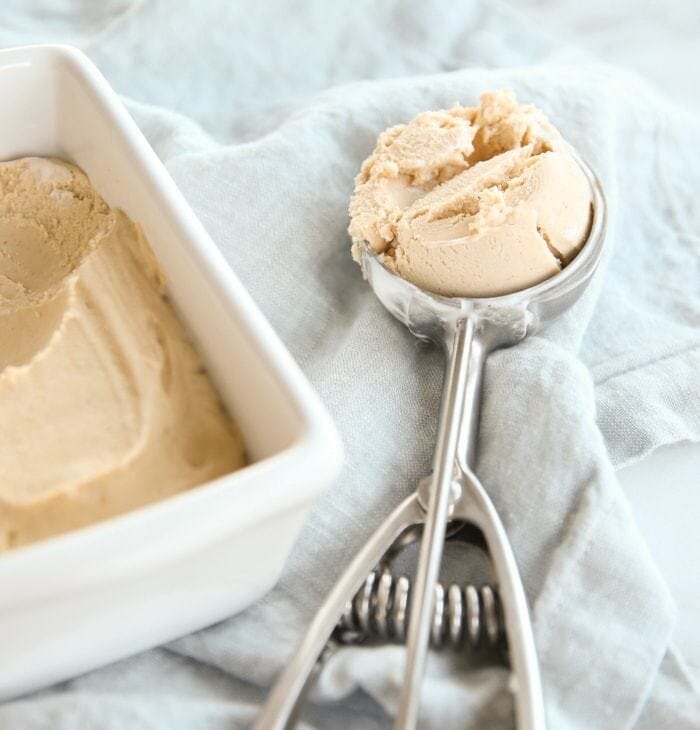 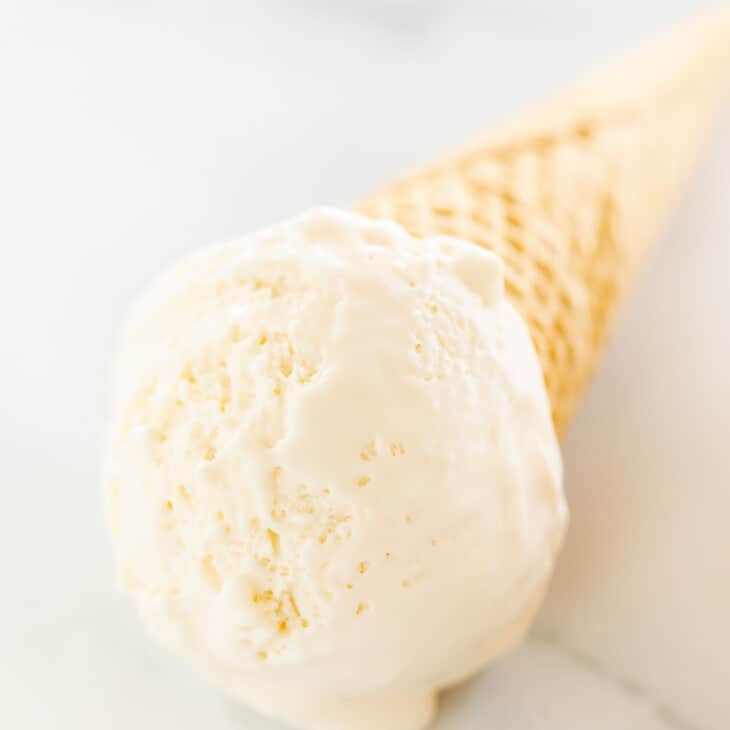 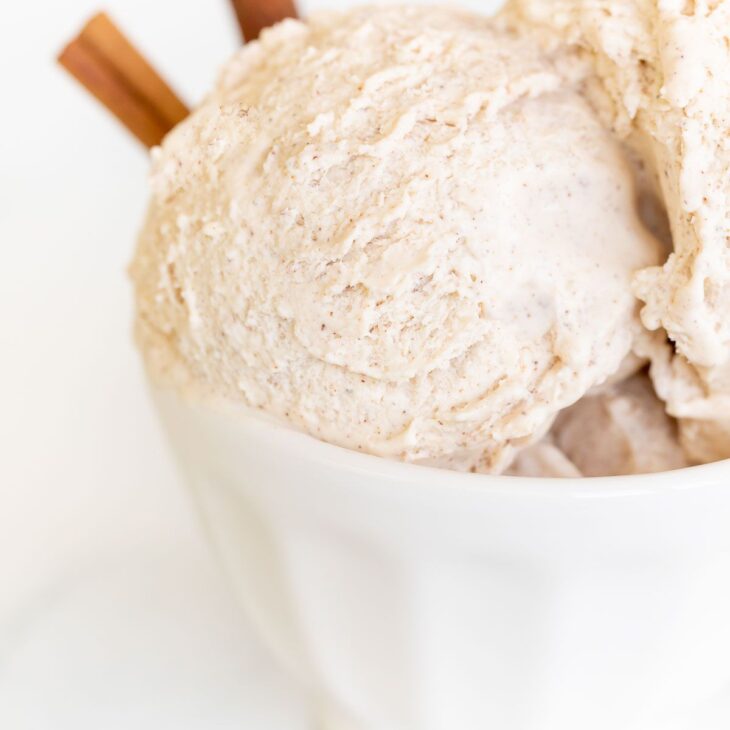 Freeze – Store in an airtight container or covered with plastic wrap up to 2 weeks.