This is the best cinnamon roll recipe, ready to enjoy in just an hour! These easy, amazing cinnamon rolls are surprisingly quick and easy – even though they require a little yeast.

Get the secret that makes them better than the rest! They are gooey, decadent, and feel so special for a weekend morning.

I’m always watching my weight, even if it’s just watching those tastes, drips and drizzles going into my mouth. If I’m going to “spend” calories on a sweet treat, it needs to be worth every calorie!

I love a good cinnamon roll, but it seems they’re few and far between. It’s just not worth it to waste those calories on one that isn’t worthwhile, friends.

I won’t name names, but I find that a lot of cinnamon rolls are dry and boring. I’ve been on a quest to bake the best cinnamon roll for a while and I’m happy to announce that I’ve nailed it!

More than once I’ve forgotten to start it the night before and had to come up with an alternate plan in the morning. That’s how these babies were born!

Don’t forget to pin and save this recipe for later! I can’t wait to show you what sets these apart from the rest.

Why these are the BEST Cinnamon Rolls

Adapted from an old recipe we had in a cookbook, these light and fluffy rolls are, dare I say… the best cinnamon rolls I’ve ever had.

Yeast cinnamon rolls are easy with my simple step-by-step instructions.  I’m all about being fuss-free, especially in the morning. (PS if you want a no yeast shortcut, you’ll love these Easy Cinnamon Rolls, too!)

Making cinnamon rolls is easy! There are a couple of “secrets” to these delectable yeast cinnamon rolls – the most important is covering them in cream before baking them.

You won’t regret it, I promise! While you can bake them in a traditional baking dish, I love them in the cast iron skillet. It cooks them evenly and feels like they’re fresh from my Grandma’s farm.

How to Make Cinnamon Rolls

Scaling up, down or substituting? You’ll love this printable Measurement Conversion Chart! 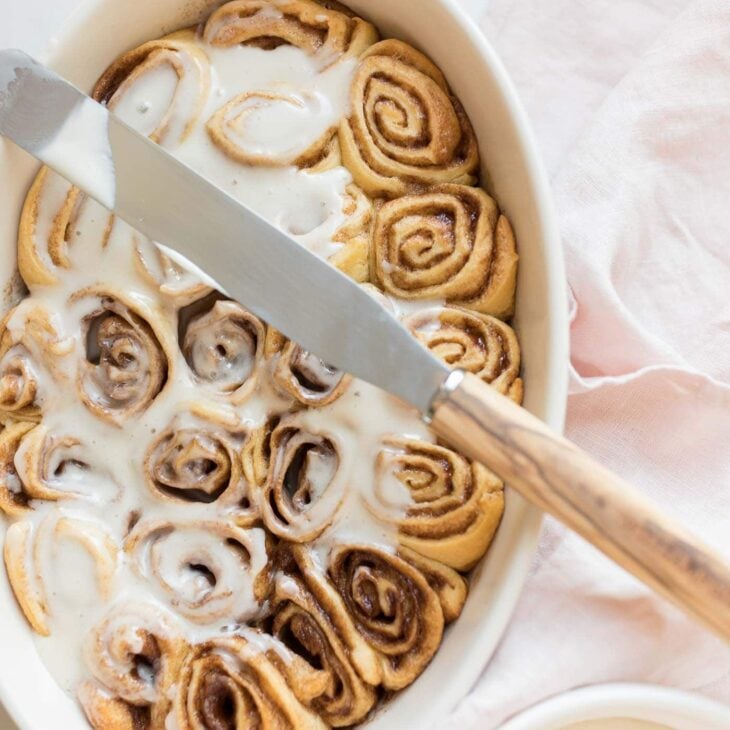 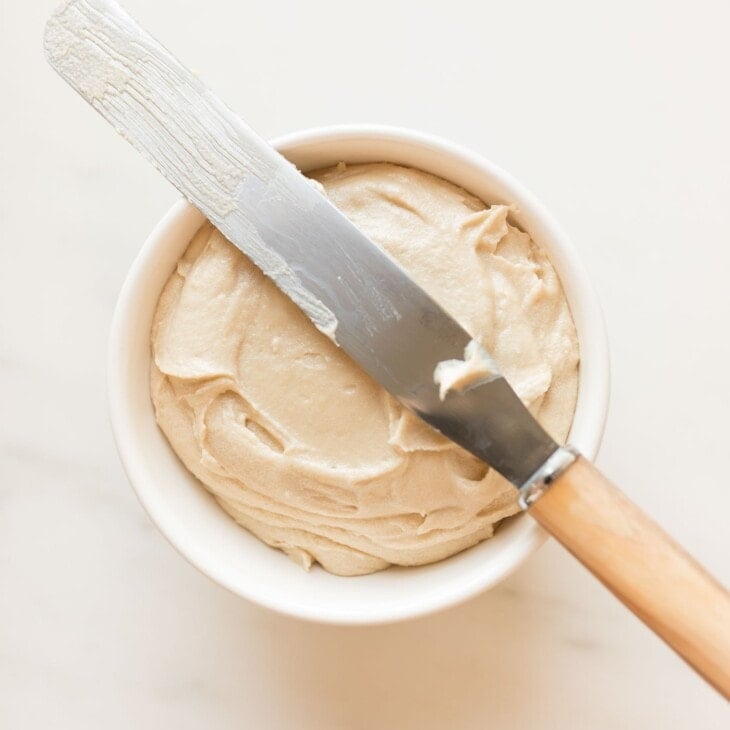 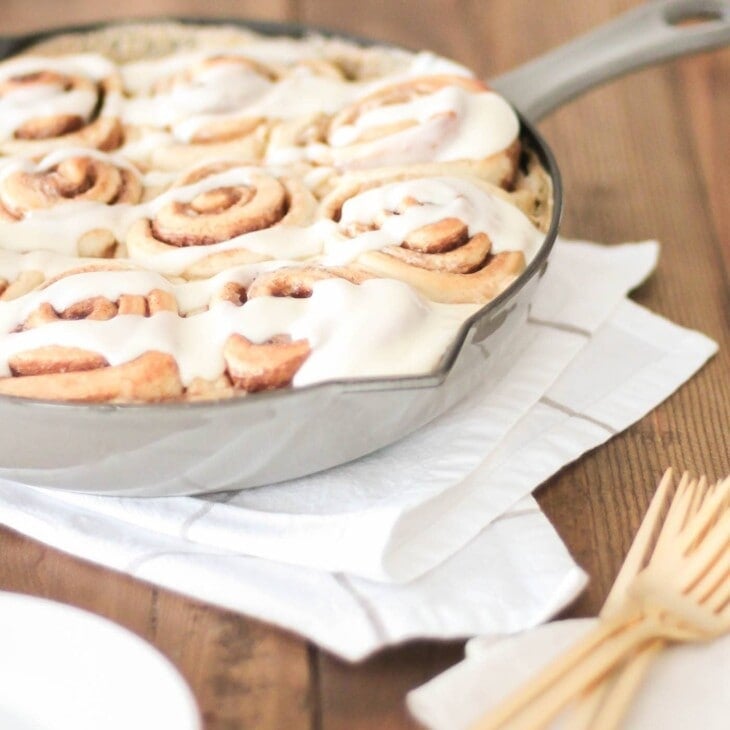 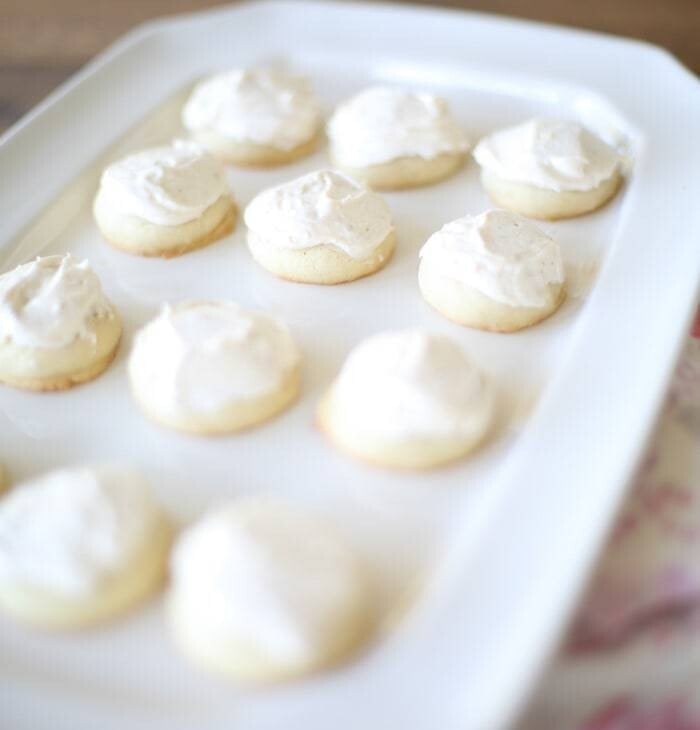 What’s the difference between cinnamon rolls and cinnamon buns?

They are very similar, with many overlapping ingredients! Cinnamon buns tend to contain nuts like pecans. Cinnamon rolls traditionally do not contain nuts.

Why are my homemade cinnamon rolls so dry?

They should never be dry! This is often caused by too much flour in your dough.

What’s the difference between active dry yeast and instant yeast?

Need help with yeast? I’ve got a complete guide that will take you through the steps of baking with yeast! Don’t miss these fabulous tips and tricks!

I hope you had a fabulous Thanksgiving & are as excited as I am for the holidays! We’re kicking off the season with a train ride – I can’t wait!