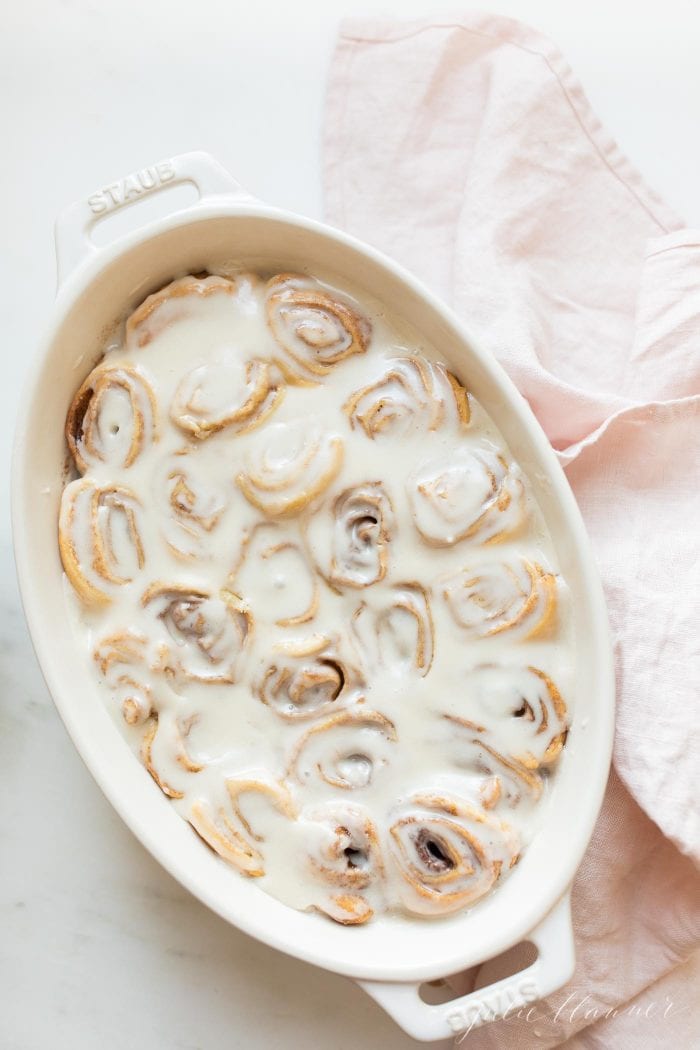 I love making and enjoying the best cinnamon roll recipe because they’re light and fluffy, thick and moist, but making yeast cinnamon rolls requires more effort. Truly a treat, however, sometimes you don’t have an hour (including rise time), especially in the morning. You’ll love this recipe as an alternative! 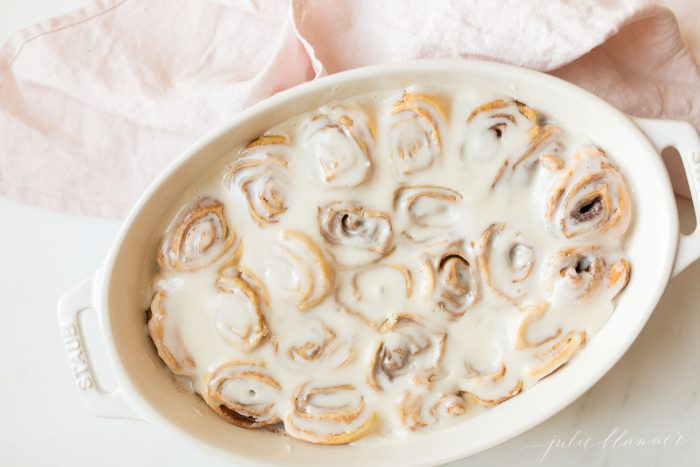 On days you want a shortcut, but almost homemade, you’ll love these Easy Cinnamon Rolls! They make a quick and delicious weekend breakfast and yet feel special enough to serve to guests over the holidays. They take about 10 minutes hands on time using crescent roll sheets. 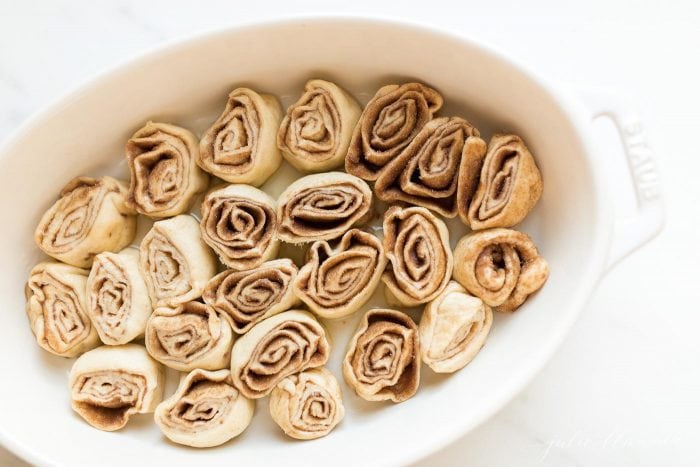 The secret is in the cinnamon roll filling. The perfect blend of melted butter, brown sugar and cinnamon make these Easy Cinnamon Rolls stand out! 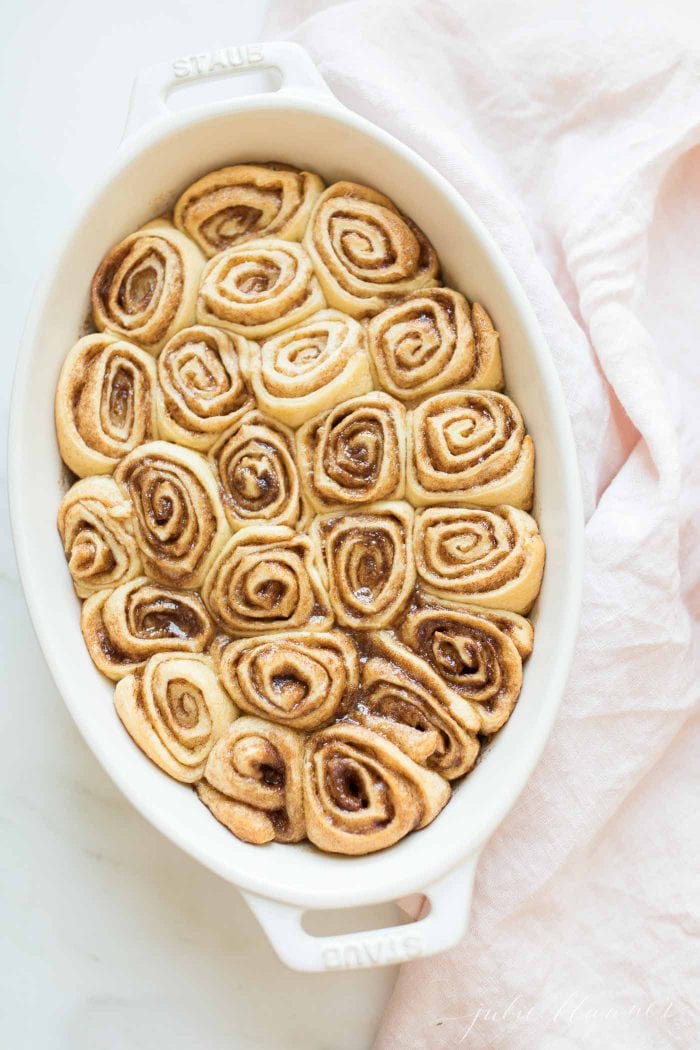 Of course the icing is well, the icing on the “cake” that takes them over the top. Powdered sugar, butter vanilla and milk poured over the top of the rolls just before serving make them memorable – and irresistible! If you prefer, cream cheese icing is amazing, too! 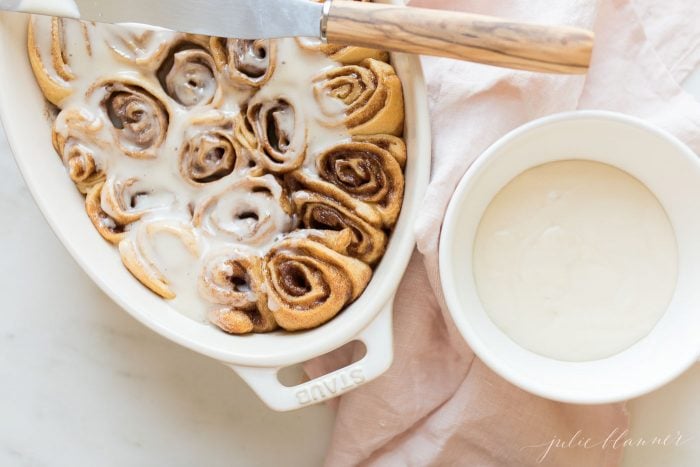 These Easy Cinnamon Rolls are not only simple to make, but to present as well. They go from oven to table serving them directly from the casserole dish! 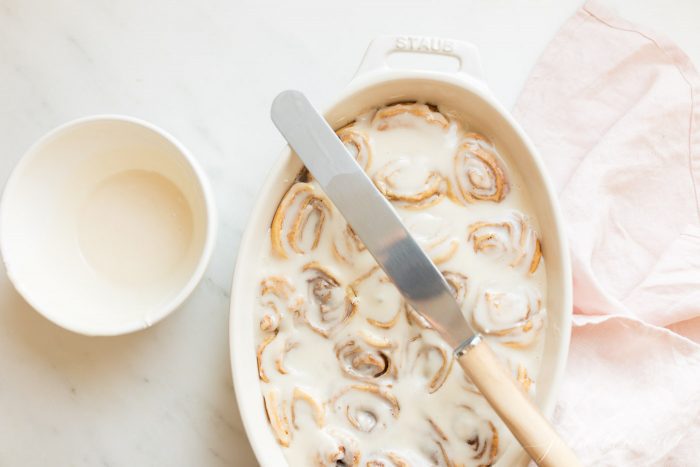 You can even make these crescent rolls cinnamon rolls in advance and bake just before you’re ready to serve. 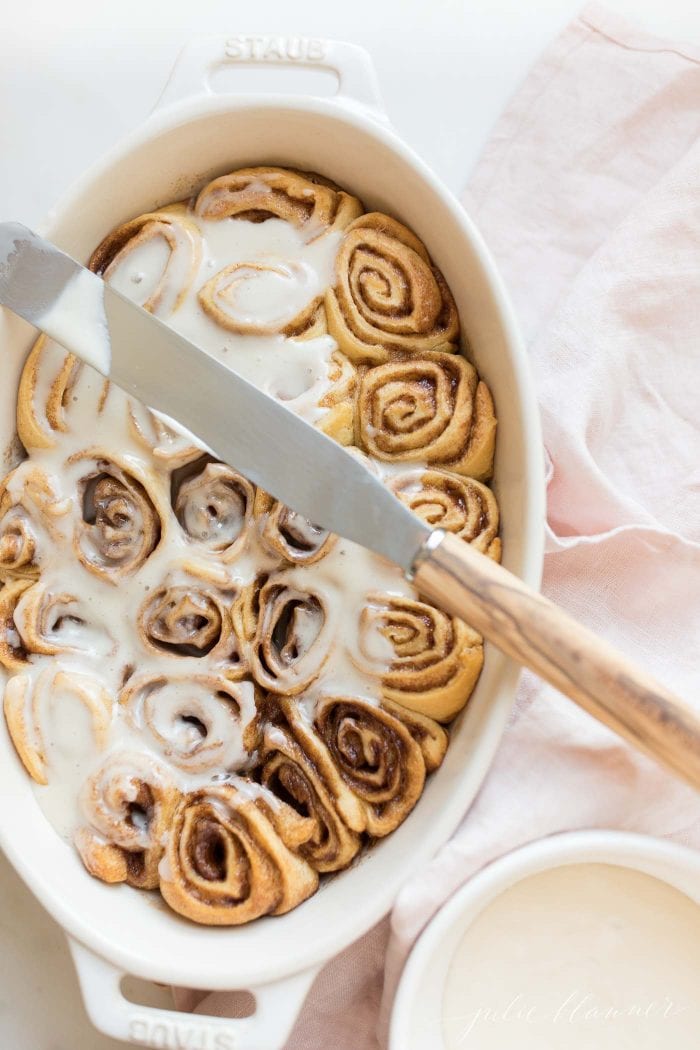 How to Reheat Cinnamon Rolls

You can reheat cinnamon rolls individually in the microwave for 20 seconds or in the casserole dish at 350 degrees for 5 minutes.

How to Store Cinnamon Rolls 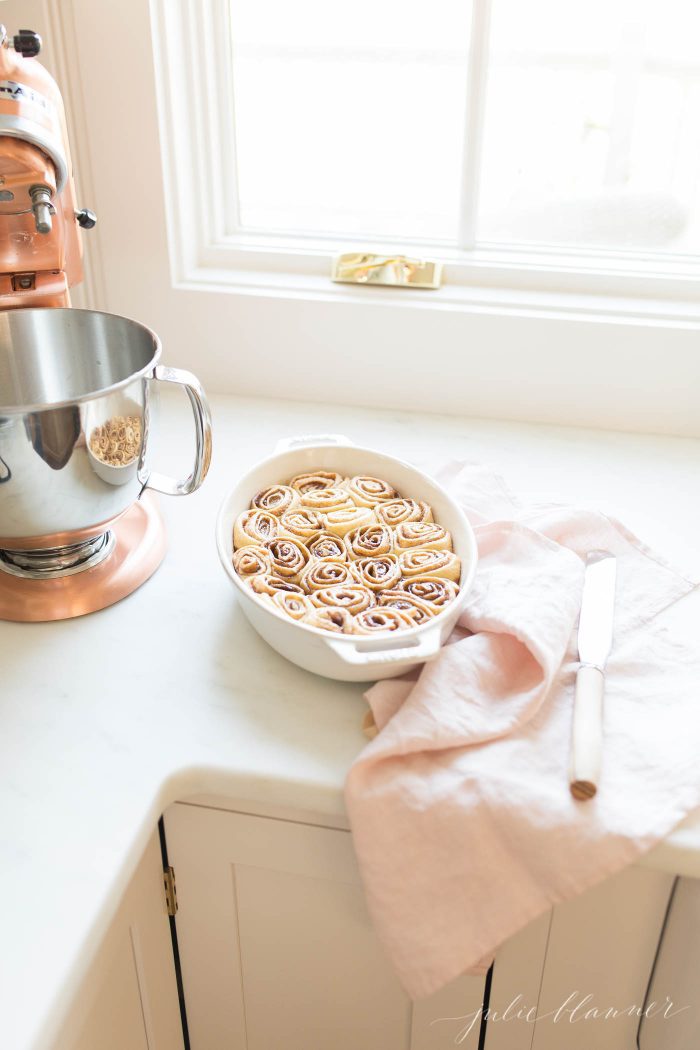 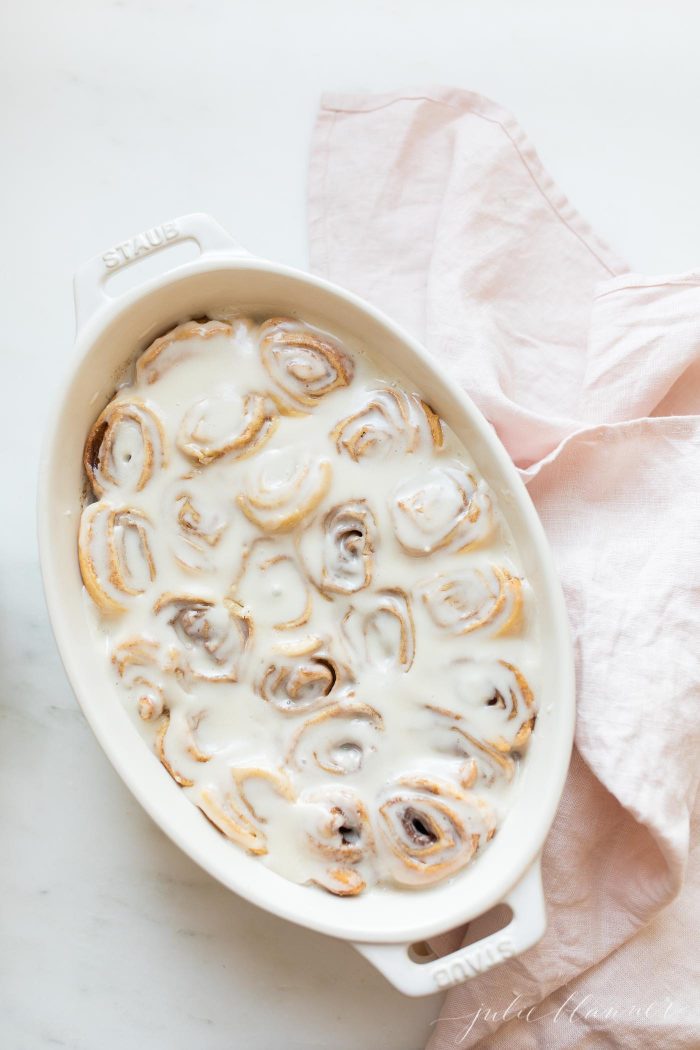 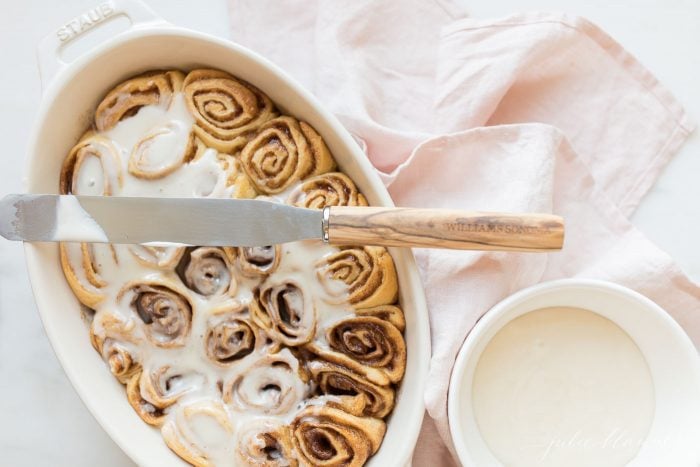 How to Make Easy Cinnamon Rolls

To see how easy this Cinnamon Rolls recipe is, watch the video in the post. 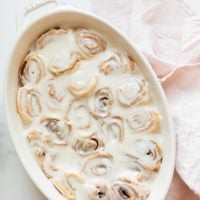 Refrain from removing crescent rolls from the refrigerator until ready to make your easy cinnamon rolls. This makes them easier to slice. Line your working surface with parchment paper for easy clean up.
DID YOU MAKE THIS RECIPE?Mention @JulieBlanner or tag #JulieBlanner

Did You Make This Recipe?

If you make this recipe, don’t forget to leave a 5 star review in the comments below! You can also share on social with #julieblanner or the “I made it” feature on Pinterest! 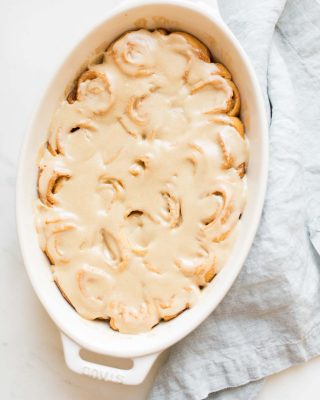 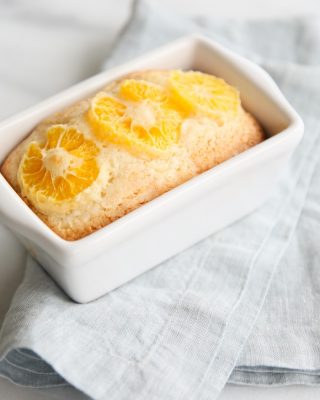 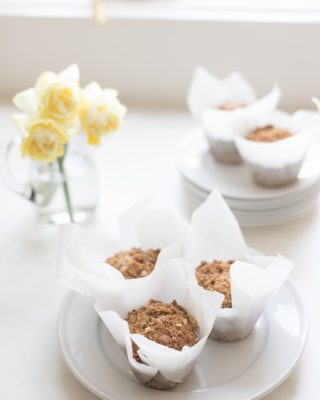 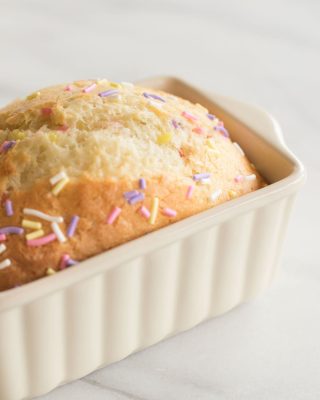 Many of the links on this blog are affiliate links. JulieBlanner.com receives a small commission when certain items are purchased, but the price is the same for you. JulieBlanner.com is a participant in the Amazon Services LLC Associates Program, an affiliate advertising program designed to provide a means for sites to earn advertising fees by advertising and linking to amazon.com. 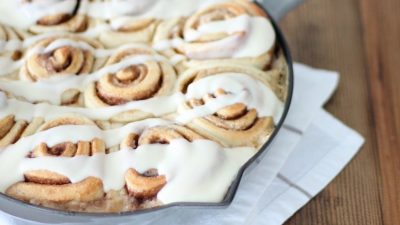 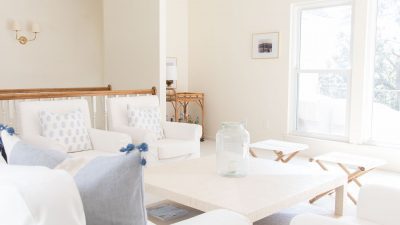 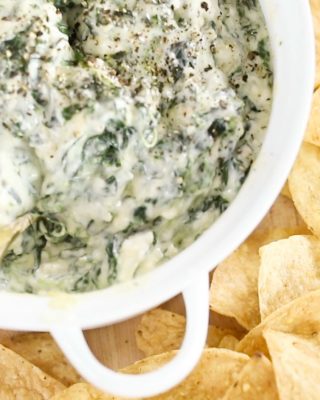 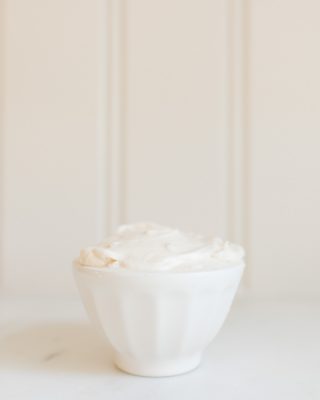 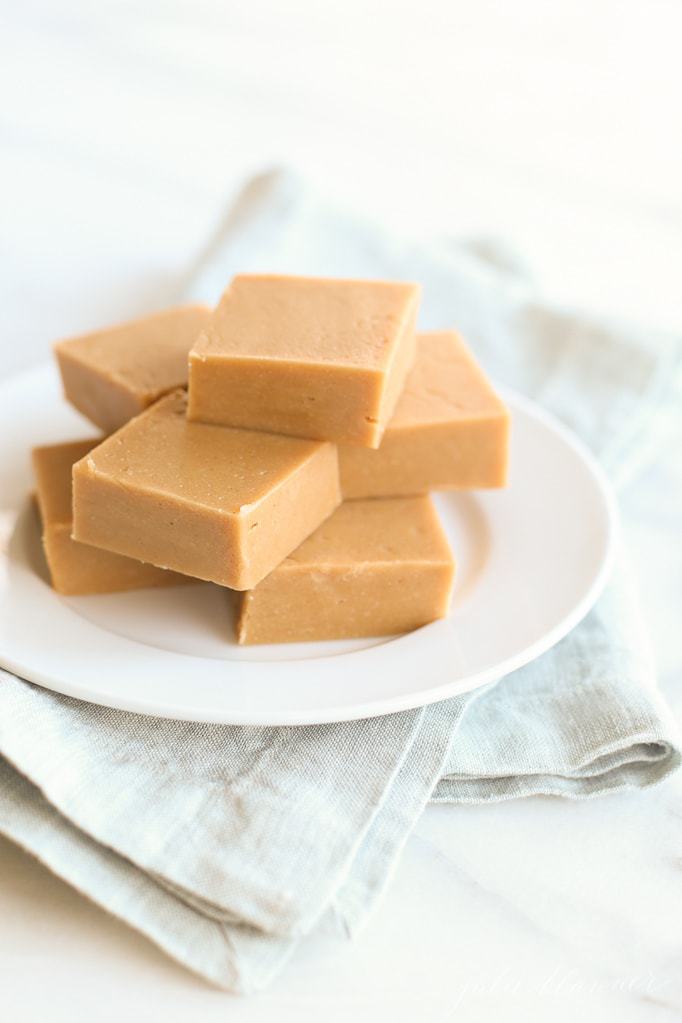 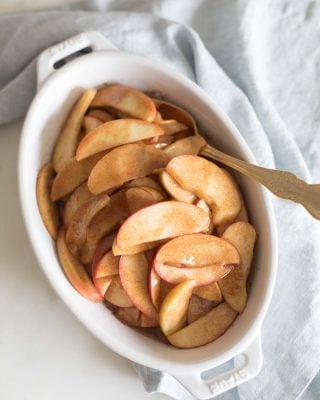 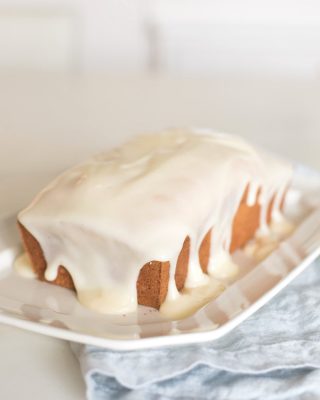 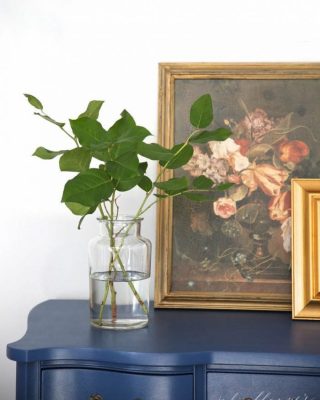 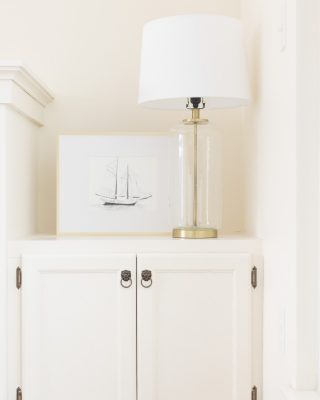 How to Get Smoke Smell Out of a House 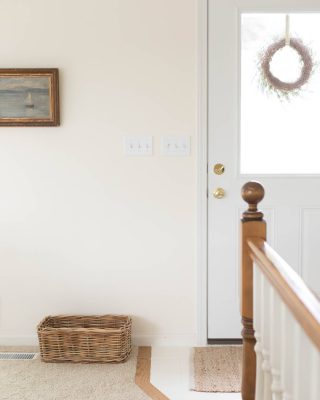 Tile Paint (How to Paint Tile)

Join my free email list to receive the BEST baking secrets!
As Seen On