You are here: Home Frostings and Glazes
By: Julie Blanner226 Comments
Updated: 9/10/21 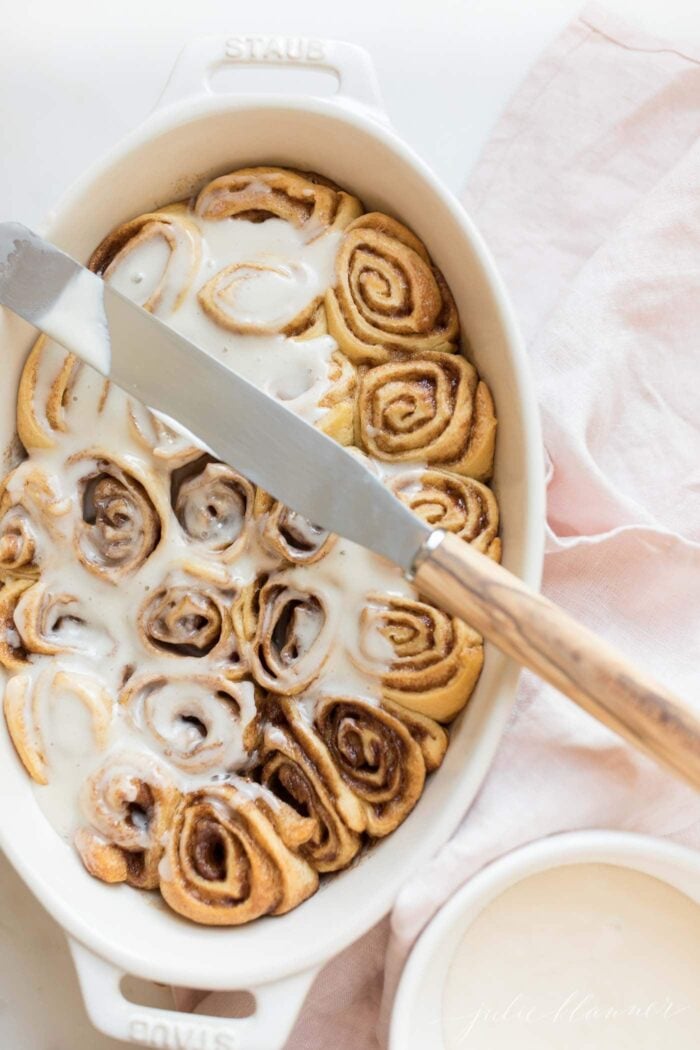 One of our favorite weekend treats are Easy Cinnamon Rolls. While Chris and I often enjoy it with Cream Cheese Icing, the girls prefer their Cinnamon Roll Icing without cream cheese. Either way they’re an amazing way to kick off a Sunday! 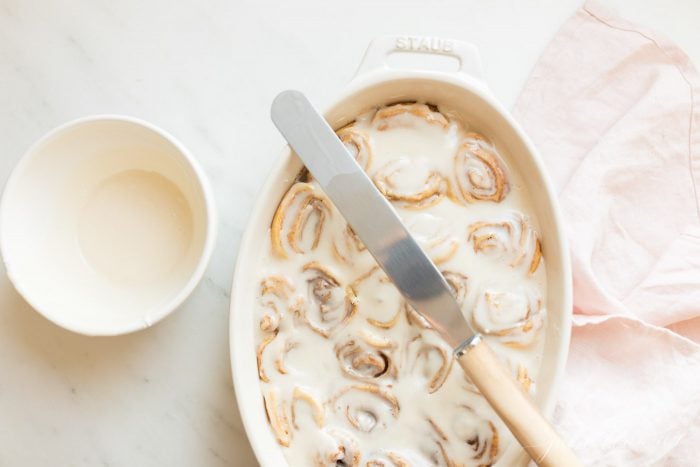 We’ve been making this simple Cinnamon Roll Glaze for years. It’s the perfect compliment to any cinnamon roll. This glaze is a great way to elevate store bought cinnamon rolls. They never seem to give you enough icing, do they?!

This Cinnamon Roll Icing is made with just 4 ingredients and takes less than 3 minutes to make. It’s made with staple ingredients, making it easy to make on a whim. Ingredients include powdered sugar (also known as confectioner’s sugar), butter, milk and vanilla. 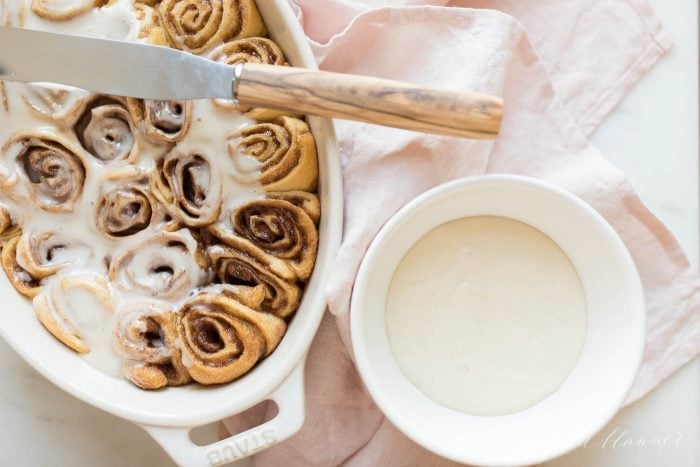 Cinnamon Roll Glaze isn’t just for cinnamon rolls though, it’s also great for dipping muffins into! You can drizzle it over cakes, pound cakes, breads and so much more. Once you have a bite, you’ll want to put it on just about every baked treat. It can make the even the most basic treat taste decadent! 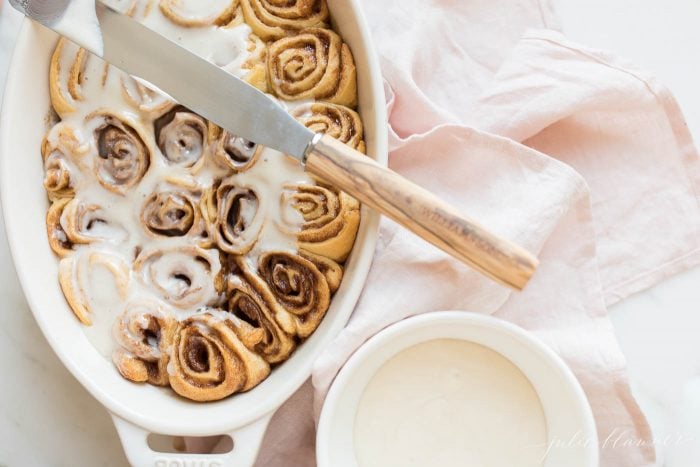 How to Make Cinnamon Roll Icing

It spreads on your rolls effortlessly and seeps down into them making every bite amazing. This recipe makes perfect amount of Cinnamon Roll Glaze for 10-12 large rolls or 24 miniature rolls (like my Easy Cinnamon Rolls recipe).

I know not everyone likes to drench their cinnamon rolls in Cinnamon Roll Glaze like I do. If you prefer a drizzle, pour your glaze / icing into a ziplock bag. Cut off a corner to create a drizzle.

You can also use an inexpensive squeeze bottle. I love these for glazes, sour cream on tacos and so much more! Of course an icing bag always works, too!

If you prefer your Cinnamon Roll Icing a little less sweet, just add powdered sugar one tablespoon at a time. You can adjust and taste test to your preference. 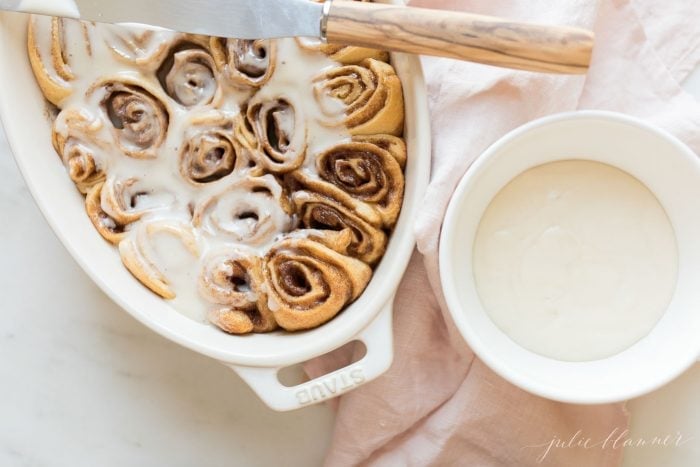 If you love this easy recipe, please write a five star review in the comments. Don’t forget to save this recipe by sharing on Facebook and Pinterest!

You can make ahead and warm to serve. Spread onto your favorite pastries or dip them into the bowl.