You are here: Home Side Dishes
By: Julie Blanner12 Comments
Posted: 6/2/21

This is an incredibly easy and tasty Elote Recipe, also known as Mexican Corn on the Cob! This Mexican street corn is made with mayonnaise, lime juice, cotija cheese (or queso fresco) and garlic.

This corn is bursting with flavor, quite literally. It’s slathered in mayonnaise and lime juice, which keep it so moist and juicy.

The mix of these salty, citrusy flavors when combined with the tang of cheese and mayo is just BEYOND! It’s an explosion in your mouth- don’t miss this side dish that’s perfect to go alongside so many of your favorite Mexican recipes.

When we moved to St. Louis, I was desperate to find great Mexican fare. I didn’t realize how spoiled we were in Kansas City in that department.

It took months of taste-testing to finally find a few Mexican restaurants we craved. That’s life in the ‘burbs.

Thankfully I had a good line-up of some eternal favorites Tex-Mex dishes, including this Chicken Enchilada Recipe, Homemade Guacamole, and my favorite Homemade Margarita Mix.

We then attended the Taste of St. Louis food festival, which is exactly what I did. It was a fun way to experience a lot of restaurants, all in one afternoon. It’s such a great way to discover new flavors from all over town!

I stumbled across Mission Taco and indulged in their street corn – aka Mexican corn on the cob, or elote corn, and was overwhelmed with love!

Elote corn is commonly called Mexican Street Corn here in the US. It’s often roasted on a grill and drizzled with lime juice, cotija cheese, and coated with salt, mayonnaise or crema fresca.

It’s topped off with chopped cilantro and IT.IS.DELICIOUS.

Elote very simply translates to “corn cob”. You can see why this elote recipe is so popular – corn on the cob is easy to eat on the go. Especially if you put it on a stick!

While it is generally eaten on a stick, sometimes the husk of the corn cob itself is pulled down while cooking and forms a “handle” of sorts. It’s so much fun to eat!

Why You’ll Love this Elote Recipe

Rather than drive 25 minutes to enjoy a little Mexican Street Corn, I’ve started making it at home and it’s always a hit.

Mexican Corn on the Cob Ingredients

Take it up a notch (or 12) with this incredible homemade Everything but the Elote Seasoning and you’ll be glad you did!

How to Make this Elote Recipe

What’s the difference between Elotes and Esquites?

Elote is basically grilled corn on the cob with added seasonings and mayonnaise. Esquites is the same seasoning, flavors and corn, but it’s removed from the cob, served in a cup and you use a spoon to scoop it.

What is the white crumbly cheese on Elote?

That’s queso fresco or Cotija cheese! It’s a dry, crumbly cheese that can generally be found next to the other cheeses in the grocery store. It’s salty and delicious, perfectly crumbled over your elote recipe.

This Elote recipe serves beautifully at your summer barbeque or any Mexican themed dinner night. Serve it alongside the following ideas!

It’s so good you’re going to want to pin this for later to make for all of your summer get-togethers and of course, Cinco de Mayo.

Love that Mexican flavor with a touch of fresh cilantro? Don’t skip this Cilantro Lime Crema and Cilantro Aioli!

I hope you enjoy this elote recipe as much as we do! If you try it, don’t forget to leave a rating and review for other readers! 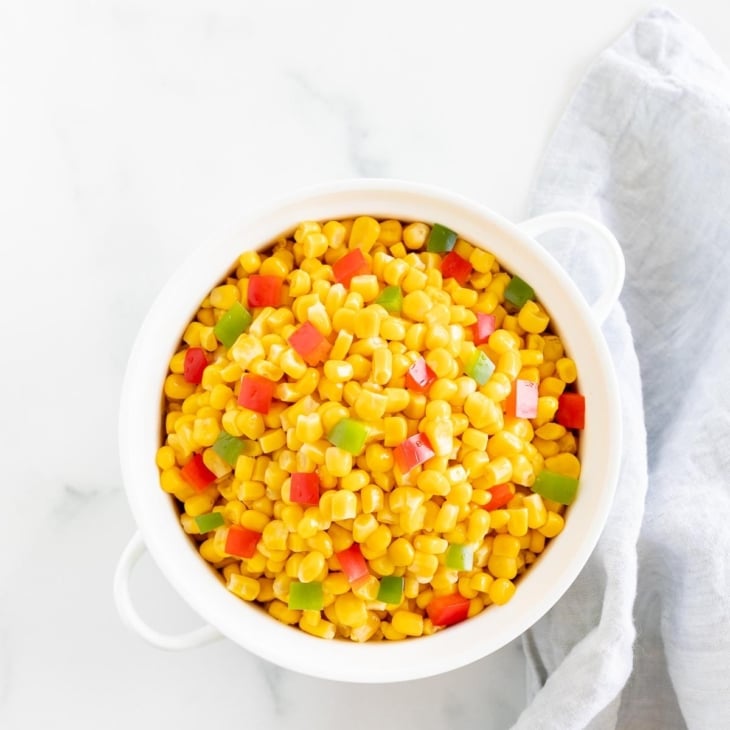 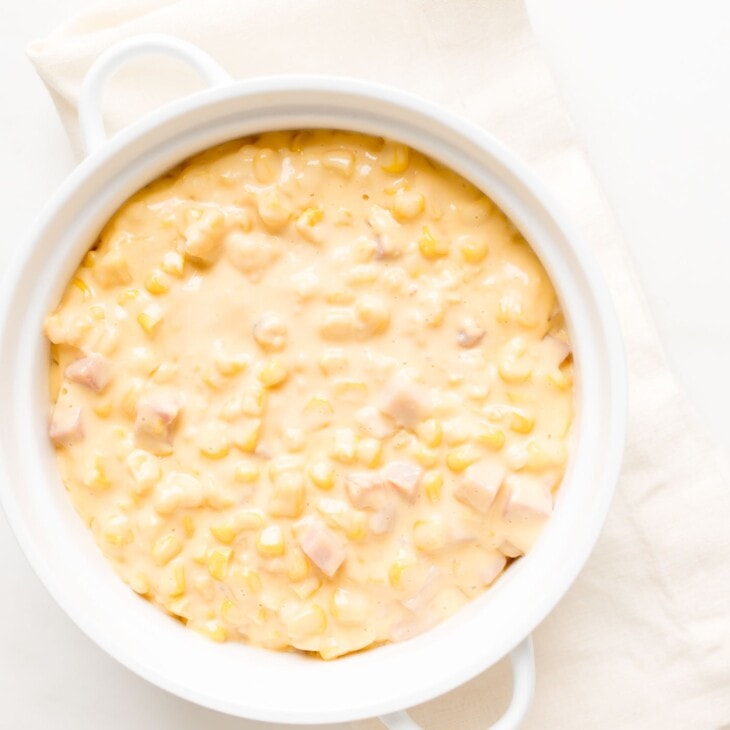 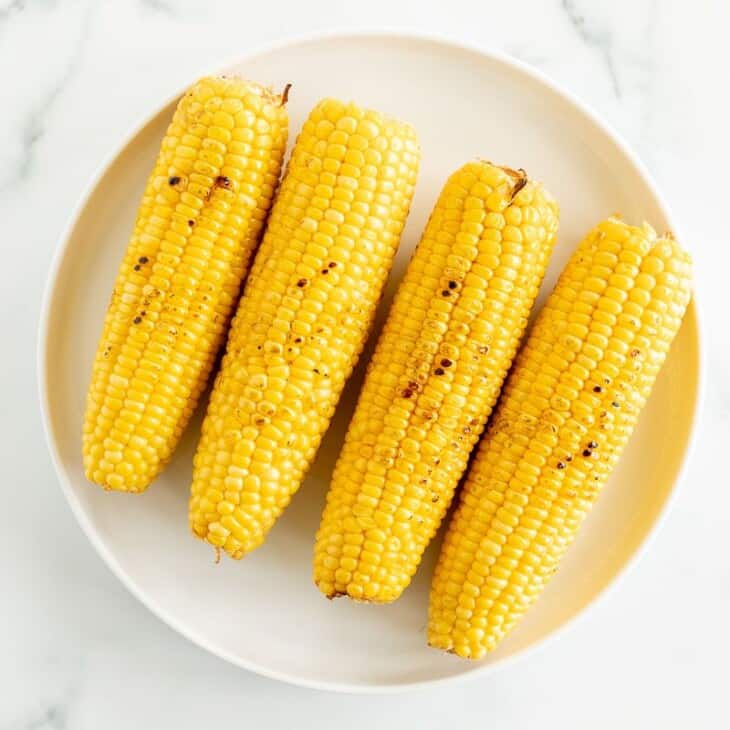 Grilled Corn on the Cob 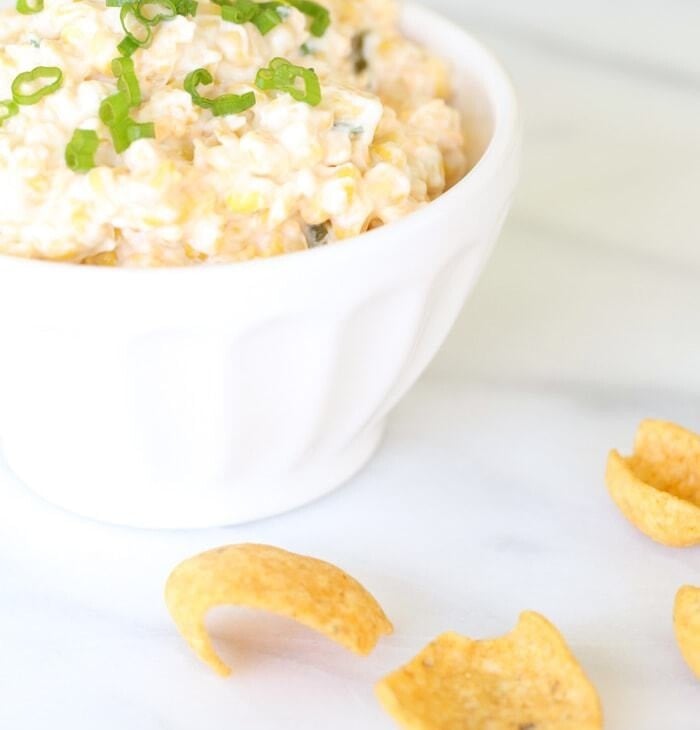